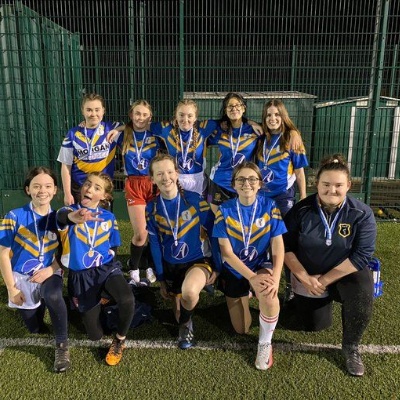 Sport across the trust has returned in full force in recent weeks. With teams winning tournaments, former learners achieving new heights and hosting sporting events for other schools in the area.

Former Howden student, Beth Norton is heading to the USA to play golf professionally at university. After completing her CTEC Extended Diploma in Sport at a local college, she will be advancing to Western College, Texas which is renowned for their sporting accolades.

Winifred Holtby’s Year 8 and 9 Girls Rugby Team saw great success at the Hull Active School tournament. They finished 4th place at the end of the evening which is a fantastic achievement- especially since this was the first time some of the team had played Rugby League competitively. Well done girls, hopefully this is only the beginning of your rugby success!

At Croxby, the Bees, showed off their jumps and leaps in gymnastics, and then discovered which foods fuel their bodies in the best way for exercise and investigated nutritional values.

Hessle celebrated the successes of Olivia from Year 10, who is playing football for Humberside and scored a fantastic free kick which helped defeat their Staffordshire rivals 6-0.

Wolfreton ran a brilliant morning in the sports hall for local Year 5 and 6s. The Sixth Form Leaders were superb role models and ran a really efficient event.